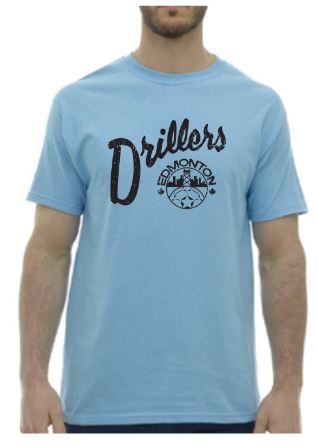 Get Drilled with these vintage inspired Edmonton Drillers tees!

Another City of Champs special.

Has there been a better name for a #YEG sports team than the “Drillers”? The Edmonton Drillers from 1979-1982 played three seasons in the NASL indoor soccer league. In 1981 they beat the Chicago Sting @ Edmonton Gardens to capture their 1st and only league championship. These tees play homage to another of Edmonton’s championship sports teams.

There are no reviews yet.